← Back to Celebrating Cuba! Collaborative Digital Collections of Cuban Patrimony​

The Cuban Newspapers & Periodicals digital collection includes newspapers, yearbooks, scholarly journals, magazines, bulletins, newsletters, and periodicals published in Cuba, the United States, and other countries. The majority of these serials date from the 19th and 20th centuries, and the contents cover a broad variety of topics such as politics, science, religion, entertainment, literature, history, arts, and culture.

Pre-1900 serials in the digital collection

The two volumes (1808 and 1810) of Aurora : correo politico-económico de La Habana are the earliest dated serial volumes of the Cuban Collections of the University of Florida Digital Collections.

Diario de la Marina issues, the largest digital collection of this daily newspaper published between 1844 and 1961. 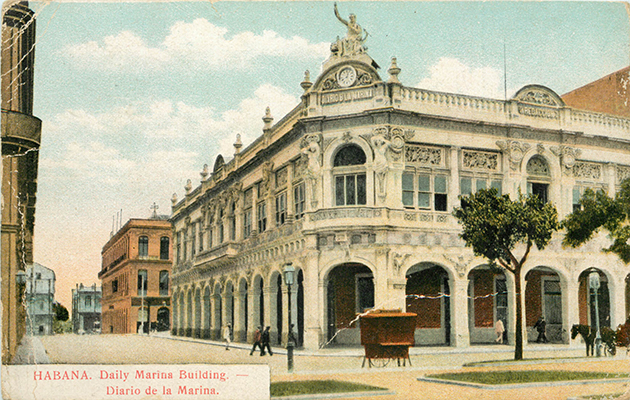 Visual of the building of the Diario de la Marina newspaper in Havana, Cuba, ca.1900s.

Published in Havana in the 1850s, the bi-weekly Floresta Cubana, will soon be part of the collection.

The bi-weekly Habana Elegante. Issues for the years between 1885 and 1889.

Patria, published in New York. Issues for the year 1892.

Almost three complete years of the Spanish República Cubana and French Republique Cubaine published in the 1890s in Havana and Paris.

Spare 1912 issues of the following newspapers (all published in Havana, Cuba): 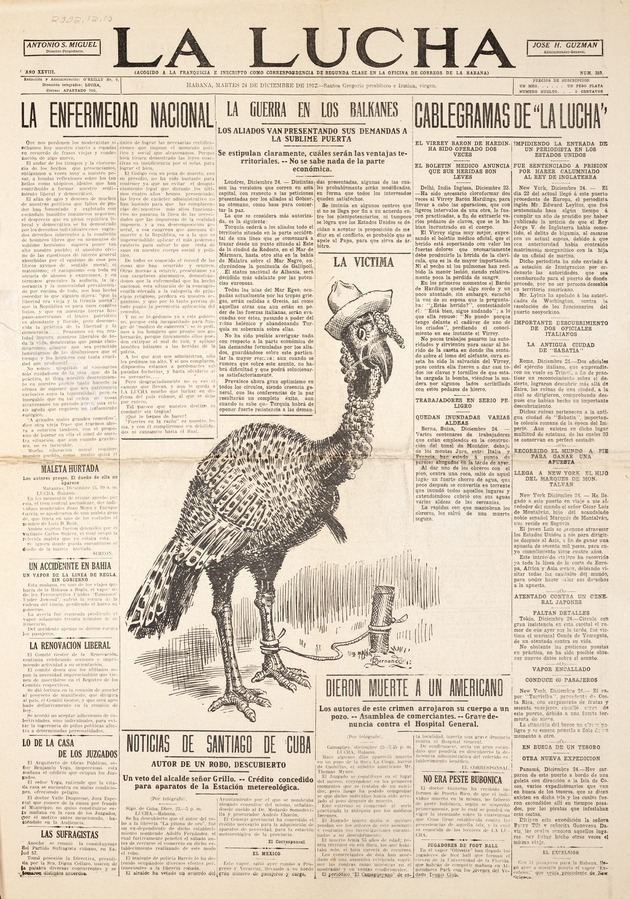 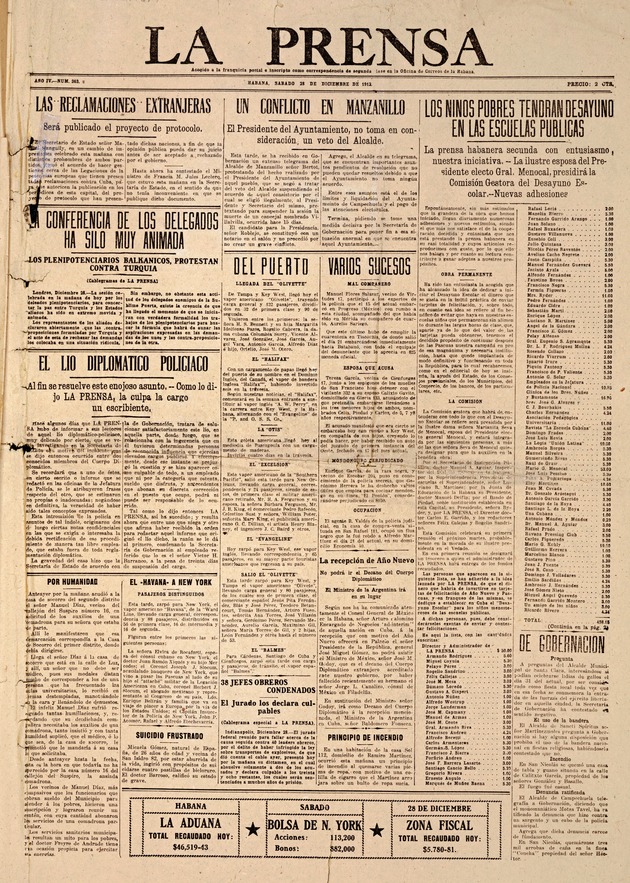 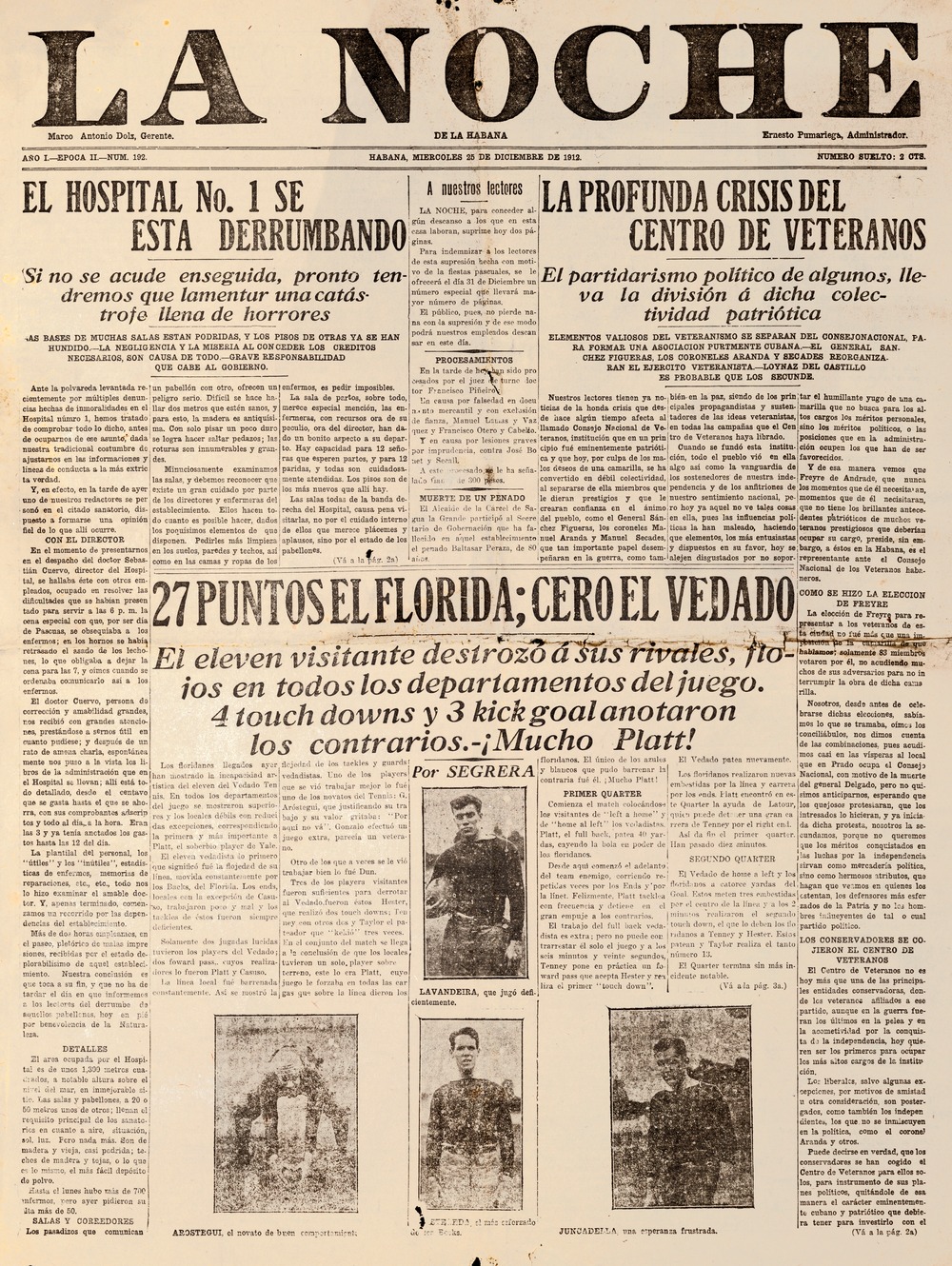 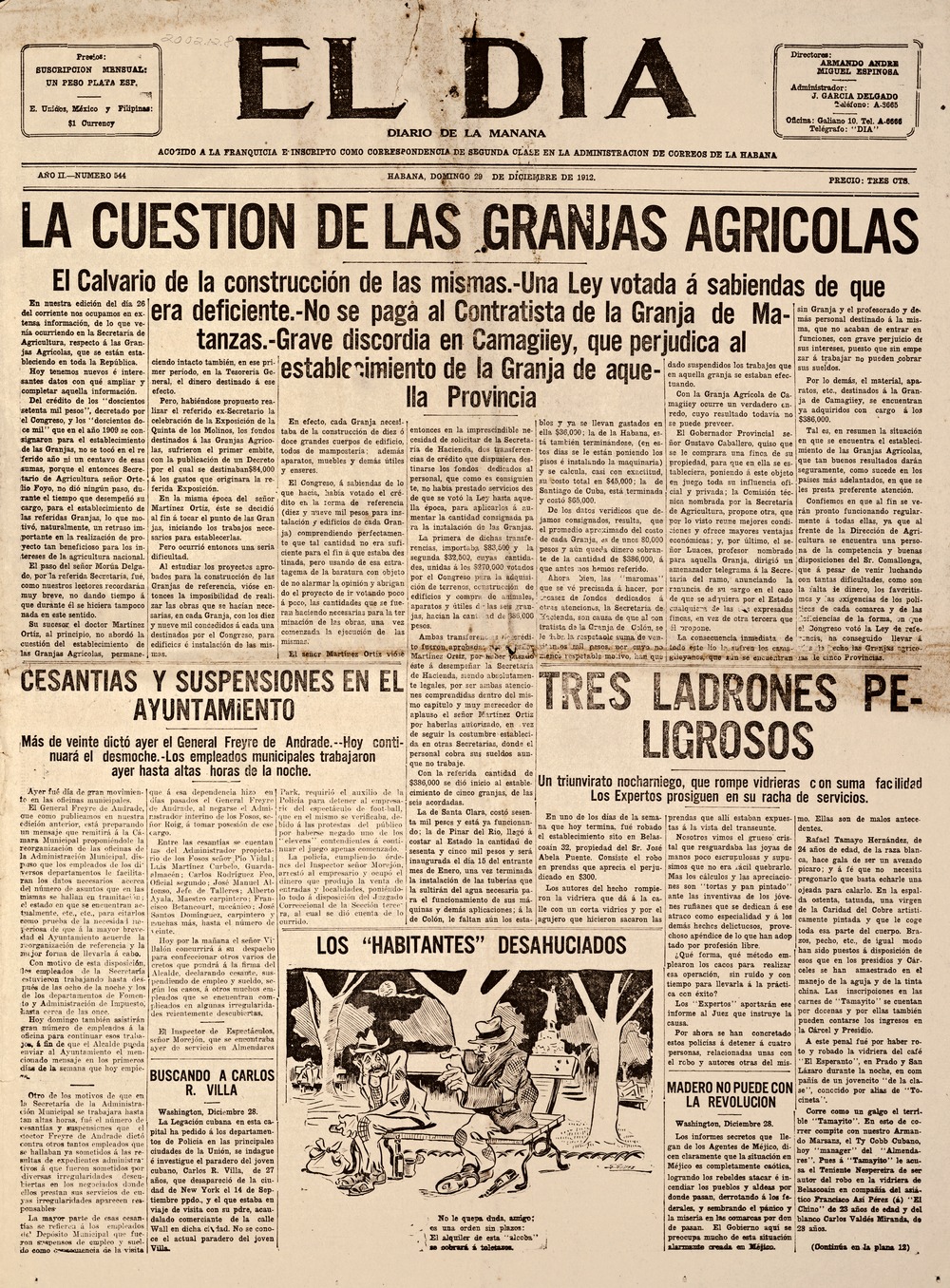 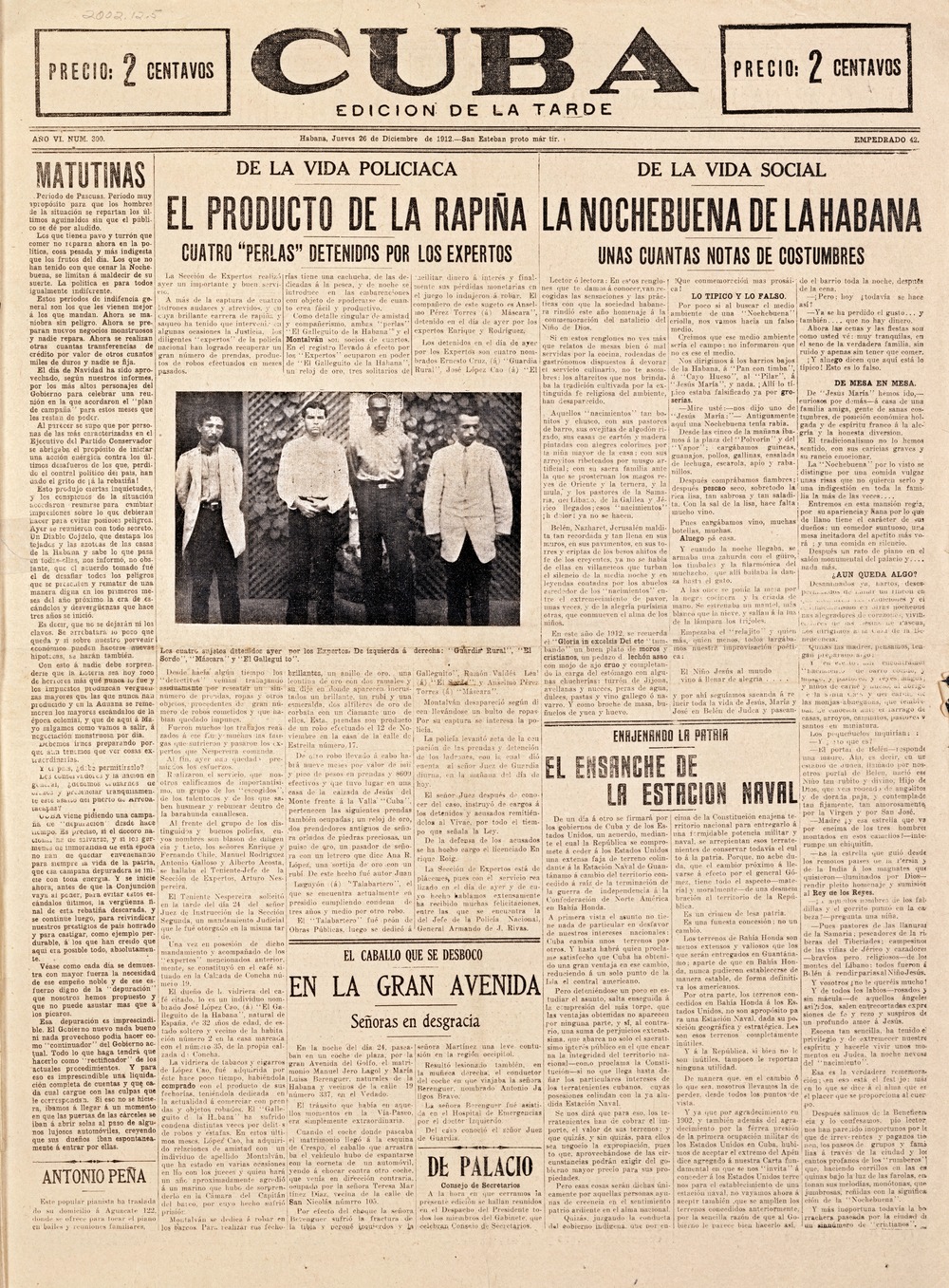 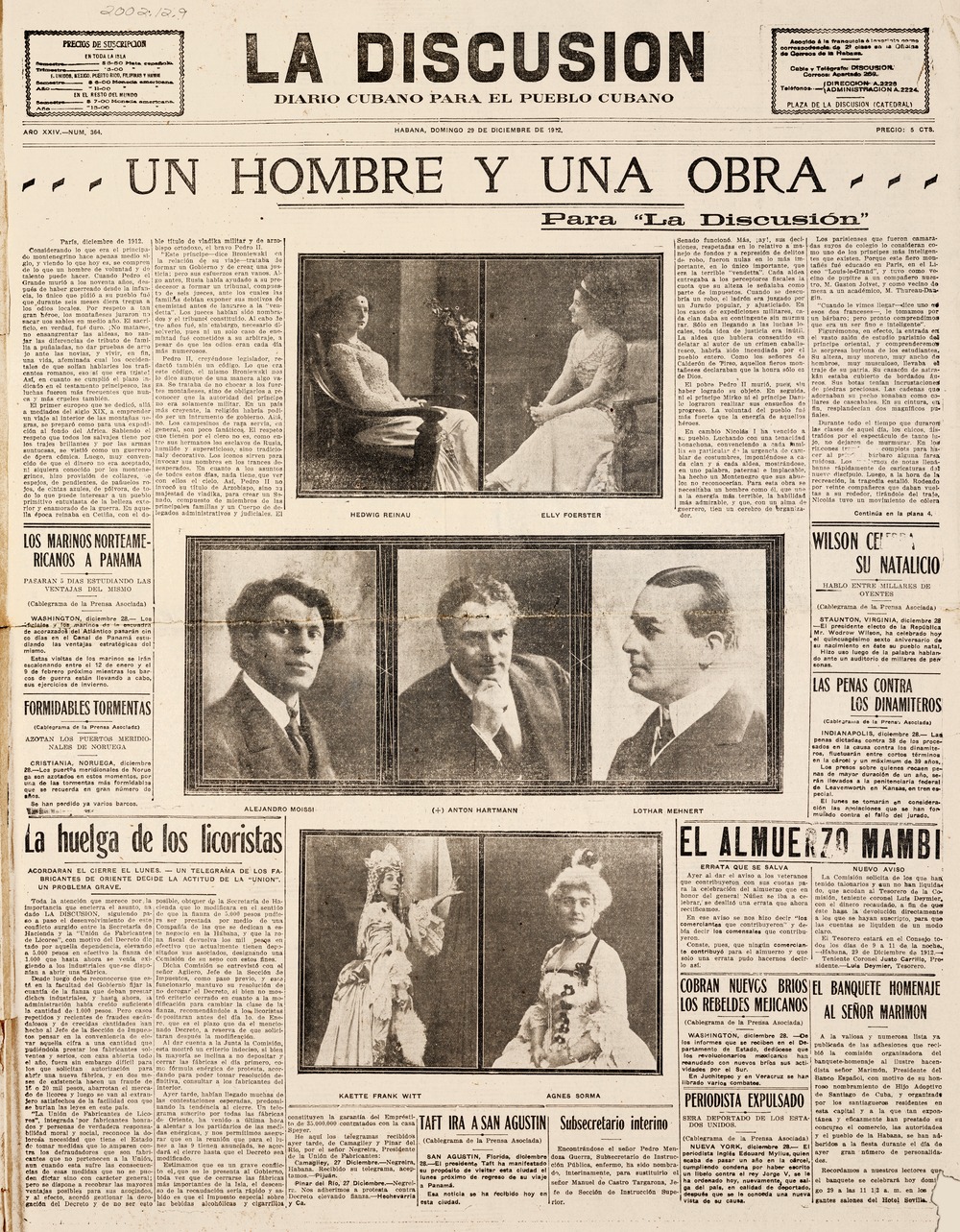 The Celebrating Cuba! Project is one of the largest repositories of key Cuban publications that started publising before the Revolution of 1959. The Cuban Collections of the University of Florida Digital Collections hold the following titles:

Issues between 1910 and 1915 of Revista bimestre cubana, published by the Sociedad Económica de Amigos del País.

1918 issues of the newspaper Imparcial can be accessed here.

The poetry publications Clavileño and Amigos as well as documents related and photographs of Cuban writer José Lezema Lima are gather in the record Todo Lezema. This archive cover dates between 1910 and 1976.

Issues published between 1917 and 1940 of the satirical publication La política cómica are available here.

El Crisol's issues for the years 1934 through 1936 are accessible in the Cuban Newspapers and Periodicals collection.

Explore the issues of the Cuban-Chinese publication Man Sen Yat Po for the years between 1947 and 1958 here (access thought University of California, Los Angeles).